Honey Bee Care
Honey Bee Care is part of our training when teaching new franchisees at Jims Mowing, the largest gardening business in the world. Why Honey Bee Care, because native plants that attract bees also attract birds and these plants are also easy to look after and cope well in our climate. Honey Bee Care will also improve fruit, vegetable and flower production as the Bee is our main pollinator. From our experience in the other three continents where we exist , the UK, Canada and New Zealand the same rules apply. Take some Honey Bee Care and your garden will thrive. In most capital cities we have a recommended plants list, designed to attract bees, attract birds and thrive with minimal care. Just ask your local Jims Mowing gardener about Honey Bee Care
.
In The Life of the Bee, Nobel prize winner Maurice Maeterlinck wrote:
“If the bee disappeared off the face of the earth, man would only have four years left to live.” 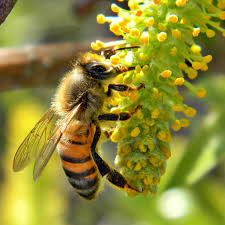 How Can We Use Pesticides In A Bee Friendly Manner.
The simple and best answer for Honey Bee Care is not to use pesticides at all, the second best answer is to use organic non-toxic pesticide solutions like white oil ( White Oil Recipe on This Site )
IF you do really have to use pesticides avoiding application directly to blooming flowers. This can help limit the exposure of honeybees to toxic materials as honeybees are attracted to all types of blooming flowers. If blooming flowers must be sprayed with pesticides for any reason, they should be sprayed in the evening or night hours. Bees are not in the field at that time. Usual foraging hours of honeybees are when the temperature is above 15°C during the daytime, and by the evening, the bees return to the hives. Spray at night, honey bee care delight!

The French Ban & US Action
A French 2012 study of Apis mellifera (western honey bee or European honey bee) that focused on the neonicotinoid pesticide thiamethoxam, which is metabolized by bees into clothianidin. This pesticide cited in legal action, tested the hypothesis that a sub-lethal exposure to a neonicotinoid indirectly increases hive death rate through homing failure in foraging honey bees. The survival rate is even lower when exposed bees are placed in foraging areas with which they are less familiar. 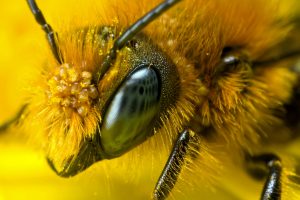 USA ACTION
In March, 2012, commercial beekeepers and environmental organizations filed an emergency legal petition with the U.S. Environmental Protection Agency (EPA) to suspend use of clothianidin, urging the agency to adopt safeguards. The legal petition is supported by over one million citizen petition signatures, targets the pesticide for its harmful impacts on honey bees and requests removing all such mislabeled pesticides from use.

The disappearance of honeybees was documented in the 2009 film Vanishing of the Bees by George Langworthy and Maryam Henein.[11]

FRENCH BAN
The French outright ban on neonicotinoid pesticides was adopted by a narrow majority late on Thursday ( July ) by France’s National Assembly as part of a draft bill on biodiversity that also contains an additional tax on palm oil.
The measure, however, would not come into effect until Sept. 1, 2018, later than the January 2017 deadline previously proposed by some lawmakers.
The ban also needs to be approved by the French Senate, which rejected it in a previous reading, before a final vote in the National Assembly which is expected in the middle of the year.

THE GOOD NEWS – The Flow Hive – An Australian Innovation.

The Flow Hive raised more than $US12 million in pre-sales when it was listed on crowd funding website Indiegogo last year.
THE FLOW HIVE
It was designed by father and son team Stuart and Cedar Anderson, from Byron Bay in northern New South Wales.
Stuart Anderson said it was a tremendous feeling to win the Good Design Award of the Year because it recognized how much work had been put into the design. “It means a lot because it’s affirmed our inventive ability,” he said. “We did put so much, years and years and years of attention and effort into the design of the Flow Hive. “To have very experienced people look at what we’ve done and say, ‘Wow, that is a very significant piece of technology’.

Become a Honey Bee Back yard Apiarist
Needless to say we all should pay a little more attention to Honey Bee Care as they are in great need and without them our world could be in serious trouble. I have not touched on the value of honey to the human population nor have I touched on Colony Collapse Disorder, one of the main reasons why the Bee population is declining and to date no one knows why!
The question you could also ask yourself is why not take up back yard bee keeping, see your local Bee Keeping Club and start doing your little bit to Look After Our Bees and the environment. If you need some advice on what plants bees love, how to plant a veggie garden or maybe a fruit tree or two give us a ring at Jim’s Mowing. We can help with Honey Bee Care in your garden. Some of us are also Bee Keepers and we would love to help you out, whether it be a swarm in your garden or a Hive you wish to start. With The Flow Hive it’s never been easier. 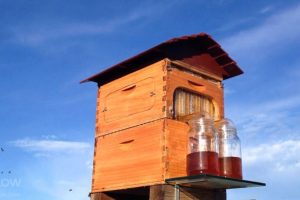