BIO-DIVERSITY.
Bio-diversity, short for biological diversity. Bio-diversity is the term used to describe the variety of life found on Earth and all of the natural processes. This includes ecosystems, genetic and cultural diversity, and the connections between these and all species.
The different aspects of bio-diversity all have a very strong influence on each other. We have only just started to understand the relationships between living things and their environments. It is helpful to think of an ecosystem as a woven carpet; if you pull on a loose thread it might only affect the thread and those closest to it or it might unravel the whole carpet.
Bio-diversity also helps us in our day-to-day lives. Unfortunately, the greenhouse gases produced by human activities ( mainly fossil fuels ) are building up in the atmosphere and causing climate change. Climate change is a major threat to biodiversity.

What is Bio-diversity? — National Wildlife Federation Advise!- Climate change affects air and ocean temperatures, the length of seasons, sea levels, the pattern of ocean and wind currents, levels of precipitation, as well as other things. These changes affect the habitats and behavior of many different species. Many will not be able to adapt fast enough and may become extinct.
From the Herald Sun July 15th 2014 – Australia has the greatest reduction in bio-diversity of any country on earth and in such a short time. There were five main reasons quoted for this reduction of bio-diversity in Australia. (OK, might not be a scientific journal.)
– Loss, fragmentation and degradation of natural habitat – see Leadbetter’s Possum as a prime example which is critically endangered.
– Spread of Invasive species – refer – fox, cat, rabbit & Cain toad and prickly pear, Blackberry, Wandering Jew, etc. as some prime examples.
– Unsustainable use of Natural resources.e.g Murry Darling Basin.
– Climate Change – refer barrier reef and sea temperatures as a classic example. Already we see coral bleaching.
– In-appropriate fire regimes
– Changes to the aquatic environment and water flows –refer Murray Darling basin/ Snowy scheme etc.

BIO-DIVERSITY IMPACTS
One of the major impacts to Bio-diversity we see in the Jims Mowing world is the invasion of weeds from other countries. This impact can and is being used to educate Jim’s Mowing operators. We share the knowledge and importantly advise how to start fixing it. Hence the Jim’s Weed Book. What the weed looks like and how best to treat it! Talk to Jim’s Mowing today! 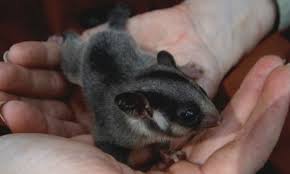 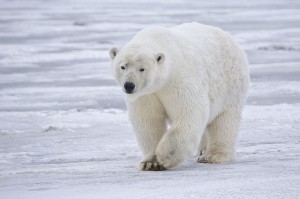 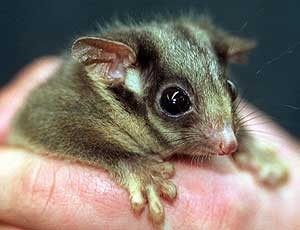 GREAT BARRIER REEF
Talking of destruction of marine habitat bio-diversity, this past summer ( 2016 ) has seen the warmest sea temperatures ever experienced on the Great Barrier Reef. This has resulted in the most severe coral bleaching ever recorded according to the report on ABC’s Catalyst program which went to air on Tuesday 11 October 2016. 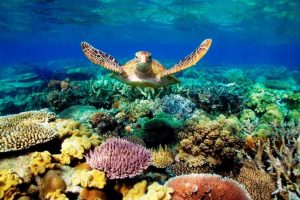 Reports and surveys indicated that approximately 60% of the 800 kilometres of coral reef from Cape York down to Port Douglas had suffered bleaching. There is now strong research to indicate that much of that coral will not recover due to the increasing incidence of warm water currents caused by global warming.
Simply put coral cannot stand the higher than normal sea water temperatures. Once bleached it becomes weak and can die within a week or so. Coral that survives are weak and become easily susceptible to sickness and infection from bacteria. 1 or 2 degrees is all it takes however recent temperatures at times have reached 4 degrees above normal. Scientists at AIMS believe that these warmer sea currents are caused by global warming and climate change. 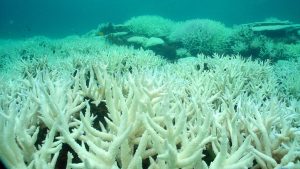 CORAL BLEACHING
Significant bleaching events have recently occurred in 1998, 2002, and 2006 due to heat stress according to the Australian Institute of Marine Science ( A.I.M.S ) A further two bleaching events occurred in 2008 and 2011 due to an influx of fresh water.
As it currently stands according to AIMS 22% of the coral on the whole Great Barrier Reef has already died due to coral bleaching and after the 2016 event this mortality is expected to increase. Research also indicated that 50 Year old and 100 Year old coral had been bleached indicating the severity of the recent bleaching and the potential for greater loss than ever before. 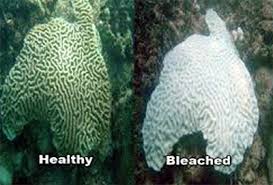 CORAL EXTINCTION
Based on the above events and ongoing research some scientists are even predicting this century maybe the last for coral reefs as we know them. Will the reef death galvanize Australians to recognize and fight climate change? Only time will tell but it certainly makes for a strong argument. 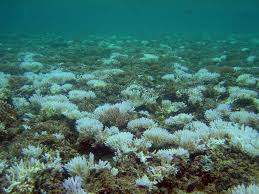 BEFORE THE FLOOD
If you are interested in the planet and what we leave for our children take a look at the recent ( 2016) documentary featuring Leonardo Di Caprio called “Before The Flood.” This documentary explains many very frightening facts, probabilities and possibilities regarding our planet and the way we live. The most frightening part is the greed and ignorance of some people among us. They do not want to acknowledge global warming or climate change for their own selfish reasons. In addition they also go out of their way to influence others with half-truths and ridicule hiding the evidence and preventing us from knowing the truth. The story seems to repeat itself ( big greedy business crooks fighting the person in the Street ) but now it’s worse. Read “Silent Spring” written by Rachel Carson and first published on 27th September 1962. This book written way back is credited with the beginning of the “Environmental” movement in America and probably the world.